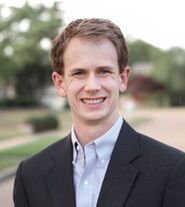 Andrew Weak is in his tenth year of teaching and his seventh year as Head Band Director at Apollo Junior High in Richardson.  Under Mr. Weak’s direction, the Apollo Band has earned consistent superior ratings at UIL Concert and Sight-reading contests and multiple “Best in Class” designations at other contests around the DFW area.  In 2015, the Apollo Band was named a TMEA CC State Honor Band Finalist and a commended winner in the Mark of Excellence National Wind Band Honors Contest.

Prior to teaching at Apollo, Mr. Weak taught for two years at Berkner High School.  His Symphonic Band III consistently received superior ratings at UIL contests, and in his first year of teaching, his band was named “Best in Class” at the South Coast Music Festival in Corpus Christi.

Mr. Weak is an active member of TMEA and TBA, and he has presented a number of clinics for both organizations.  He has also presented at the Midwest Clinic, and for the Ministry of Education of Singapore. In 2016, Mr. Weak received one of ten STAR Teacher of the Year awards for the Richardson ISD and was further named the district’s Secondary Teacher of the Year. Andrew, his wife Michelle, and Caleb currently live in Richardson. 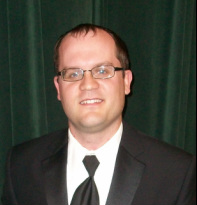 Mr. Becker is currently in his ninth year as Assistant Band Director at Apollo Junior High.  He directs both Symphonic Band II and the Intermediate Band, and assists with Symphonic Band I and the Concert Band.  Under his direction, the Apollo Symphonic Band II has consistently earned Superior ratings at the UIL Concert and Sight-Reading Contest.  Mr. Becker also teaches beginning brass classes at Big Springs and Yale Elementary schools.   Prior to coming to Apollo, Mr. Becker served for four years as Assistant Band Director at Mesquite High School where he assisted with the Wind Ensemble and the Mighty Maroon Marching Band and led the Mesquite Jazz Ensemble.

Mr. Becker graduated from Baylor University with a Bachelor of Music Education, studying conducting with Kevin Sedatole and Barry Kraus and trumpet with Wiff Rudd and Barry Hopper.  While at Baylor, he played in the Wind Ensemble, Symphony Orchestra, Jazz Ensemble and Symphonic Band, was a two-time trumpet section leader of the Golden Wave Band, and in the fall of 2005 was one of two undergraduate staff assistants of the Golden Wave Band.  Mr. Becker was fortunate to complete his student teaching assignment at Flower Mound High School with Rob Myers and Shadow Ridge Middle School with Mike Brown in Lewisville ISD.

In 2015, Mr. Becker earned his Master of Music in Music Education degree at Southern Methodist University.  While at SMU, Mr. Becker was fortunate to study with Lynne Jackson, Brian Merrill, Sarah Allen and Tom Tunks.  Mr. Becker loves spending time with his wife Heather, who is a band director at Hudson Middle School in Sachse, and his two sons, Benjamin and Andrew.  He also enjoys traveling, reading, and listening to great music. 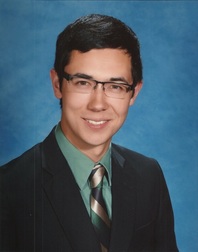 Curtis Mayo is in his third year of teaching at Apollo Junior High.  He directs the Apollo Concert Band and teaches beginner band classes at Richardson Terrace Elementary, Mark Twain Elementary, and Dartmouth Elementary.  Mr. Mayo also assists with the Symphonic I and Symphonic II bands at Apollo.

Mr. Mayo went to high school at L.D. Bell in Hurst, TX where he was an all-state bassoonist and drum major for the Blue Raider Band. Mr. Mayo graduated Magna Cum Laude from Baylor University in Waco, TX where he received his Bachelor of Music Education.  During his time at Baylor he studied bassoon with Dr. Ann Shoemaker, voice with Kathryn Parsley, Andrew Harper, and Brendan Boyle, and conducting with Dr. Isaiah Odajima and Dr. Eric Wilson.  Mr. Mayo was a member of the Baylor Symphony Orchestra, Wind Ensemble, and Symphonic Band where he performed in tours to CBDNA and Midwest.  Mr. Mayo was also a four year member of the Golden Wave Marching Band where he served as a squad leader and section leader of the tenor saxophone section.